On 11 December 2017, Djibouti issued a minature sheet of 4 stamps each denominated DJF 240, showing

Unfortunately we haven't been able to find scans of these stamps yet.

One of Latvia's Christmar stamps shows a little cat sitting on top of Father Christmas' backpack. The stamp is denominated EUR 0.78 - basic postage to European addresses.

Following the Russia-France Joint issue from 1 September 2017, France's La Poste issued a Miniature Sheet on 30 November 2017 with the stamp from September and a new stamp with the same design, but printed in black and red only. The missing colours from the stamp are printed on a stamp-sized label below the new stamp. The new stamp is also denominated EUR 1.30. The MS was only sold in a presentation pack by the Philatelic Service at EUR 6.20 (franking value 2.60).

Japan Post issues a set of greeting stamps on 22 November 2017. There are sheetlets of stamps denominated JPY 62, 82, and 92, and three of the JPY 62 stamps shows a tortie cat.

On 26 October 2017 a special postmark will be in use at the International Stamp Fair in Sindelfingen. The postmark celebrates the 50th anniversary of the Thurn und Taxi Philatelic Workgroup. The Thurn und Taxis CoA with four heraldic lions is shown in the centre of the postmark. 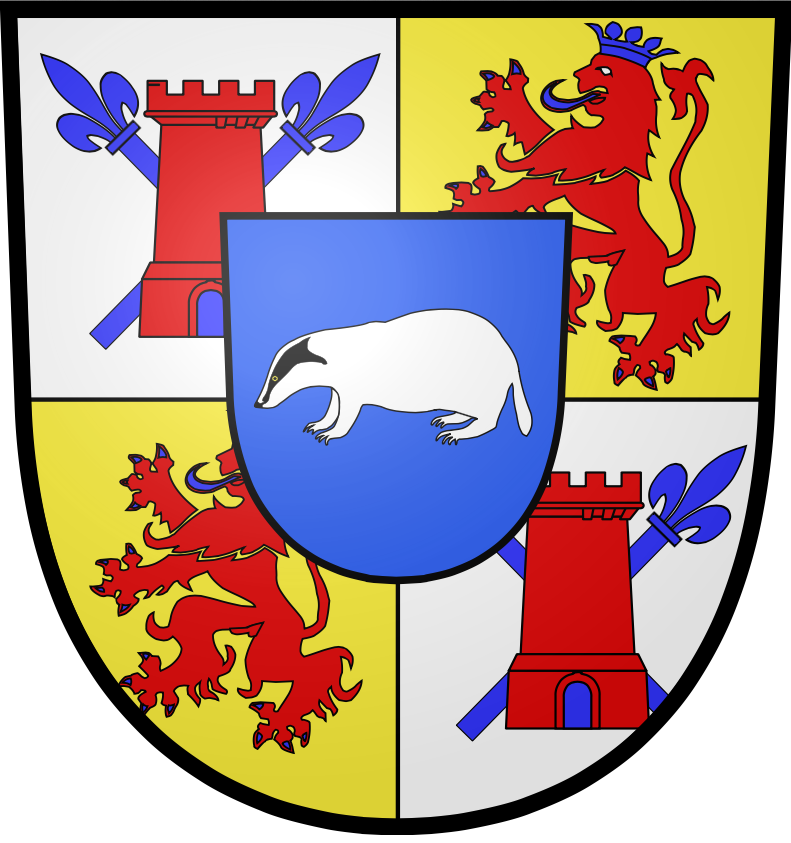 If you're not at Sindelfingen, you can also obtain this postmark by sending addressed envelopes/postcards franked with German stamps (computer postage not allowed) to:

The outer envelope should be marked with "Sonderstempel nr. 20/317", and must arrive at the Special Postmark Office no later than the last day of use.

The USS Ponce, an Austin-class amphibious transport dock of the United States Navy which has been in service since 1971, has reached its retirement age. The ship was decommissioned on 14 October 2017, and a special postmark to mark the occasion was in use in Norfolk, VA on the decommissioning day.

The postmark is available until 13 November 2017 by sending envelopes or postcards franked with US postage to:

On 10 October 2017 The Isle of Man Post Office issues a set of stamps dedicated to the iconic tailless Manx.

The issue is designed by renowned cat artist Lesley Anne Ivory, and all the stamps show Manx cats set against Isle of Man themed patchwork quilts.

The stamps and other philatelic products can be ordered from the Isle of Man Philatelic Bureau, and also from WOPA.

The stamps featuring cartoon characters from Jan Kruis' comic strip Jack, Jacky & the Juniors (Jan, Jans en de Kinderen). Two of the stamps shows cats. One is the Siamese Loedertje, and the other the family's longtime red cat Edgar.

The Czech Post issued a minaiture sheet highlighting the fight for independence from the Austr-Hungarian Empire 100 years ago. The MS consists of two CZK 30.00 stamps. On one stamp, an undenominated label, and on the selvedge, you will find the Bohemian Lion on various flags. 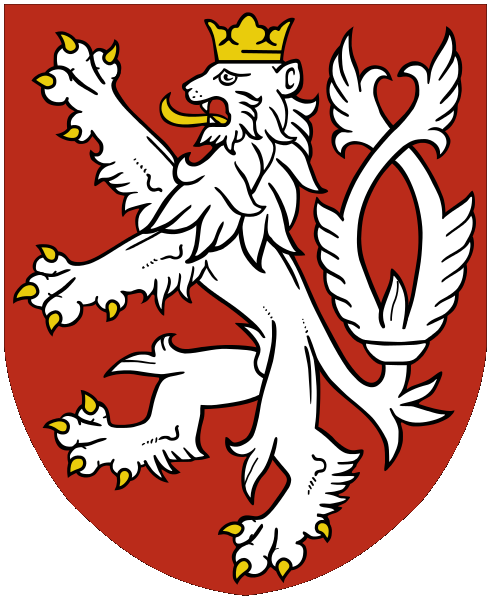 On 4 October 2017, Marshall Island issued a set of 10 stamps showing eyes of various species. One of the stamps shows a cat's eye.

San Marino issued a set of three stamps on 26 September 2018 to commemorate the 10th anniversary of their ban on animal experimentation. A gray and white cat is one of the animals behind a microscrope on the EUR 2.00 value. The same cat motif is on the Frst Day Postmark.

All three sheets of 12 each have a different vignette of the cat and other animals in the selvedge.

The stamps can be ordered from the San Marinese Post's Online store. 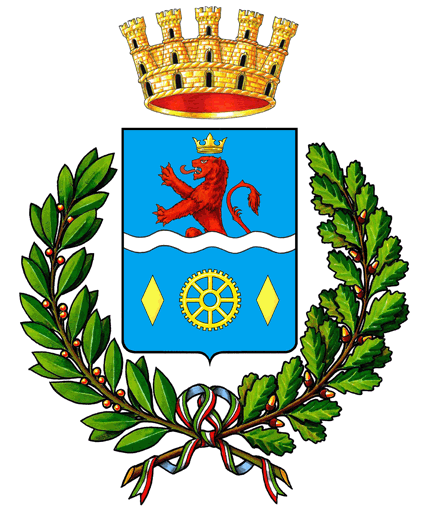 Stamp Day is celebrated in Germany on 16 and 17 September 2017, and in Saarlouis a special postmark commemorating the 60th Anniversary of Saarland's inclusion in the Federal Republic of Germany will be i use. The postmark shows the Saarland CoA.

The outer envelope should be marked with "Sonderstempel nr. 17/252", and must arrive at the Special Postmark Office no later than the last day of use.

There's a total of 8 different stamps, each showing 3 book covers. On one of the 1st class inland stamps (GBP 0.65 on issue), we can see two cats on the cover of a book titled Smoke and Fluff.

Smoke and Fluff was first published in December 1941. It is written by A.J. MacGregor and illustrated by W. Perring. It is told in verse, and describes two lively kittens and how their naughtiness deeds were forgiven, in the end, by their understanding mother.

Belarus and India celebrates the 25th anniversary of their diplomatic relations with a joint stamp issue on 12 September 2017. Bot stamps shows national symbols - India represented by the state emblem with the Lion statues from the Ashoka Pillar.

The Belarus stamp is denominated H (international surface letter - BYR 1.38 on issue). The stamp is issued in sheetlets of 6.

The Indian stamp is denominated INR 25.00,and is issued in a single-stamp miniature sheet.

There's also an FDC with a lynx in the cachet, and a Maximum Card.

Mikesch the Tomcat on German Postmark

The German Post stand will be manned at the exhibition from 10 a.m. to 6 p.m. (1000-1800). One source also claim that the postmark will be available on 2 and 3 September, but this has not ben confirmed.

The outer envelope should be marked with "Sonderstempel nr. 16/232", and must arrive at the Special Postmark Office no later than the last day of use.

Russia and France celebrated the 75th Anniversary of the Normandy-Niemen Avition Regiment with a joint stamp issue on 1 September 2018. Both stamps show the regimental badge showing the Normandy Lions.

The Russian Post compliments the stamp issue with a pre-franked postcard with the same design as the stamp on the picture side. The card is denominated B - inland postcard (RUB 16.00 on issue).

France also issued a Miniature Sheet with the original stamp and a variety on 30 November 2017.

The Azeri philatelic service - Azərmarka - celebrated its 25th anniversary with a single-stamp miniature sheet om 22 August 2017. There are no cats on the stamp itself, but on the selvedge there are lots of pictures of Azeri stamps, including the Troåical Fishes miniature sheet issued in 2002 with a domestic cat on its selvedge (lower right corner).

The Kyrgyz Post issued a miniature sheet for the 2017 International Snow Leopard and Esosystem Forum in Bishkek on 11 August 2017. The MS contains two stamps, denominated KGS 39.00 and KGS 117.00, respectively. The MS is also reported to have been issued in an imperforate version.

The 2017 series of the German 'For Youth' stamps will be issued on 10 August 2017. It is dedicated to the Augsburger Puppenkiste (litterally The Augsburg Puppet Chest). The Augsburger Puppenkiste is a marionette theatre in Augsburg initially founded in 1943. The original stage met its fate in an allied bomb raid in 1944, however, and the rest of the war and first post-war years placed other concerns than marionettes in the forefront. The founder Walter Oemichen (1901-1977) and his wife Rose (1901-1985) hadn't given up their dream of a marionette theatre though, and opened up a new marionette stage in the Augsburg City Theatre in 1948. The Oemichens' puppets gained nationwide fame in 1953 when they pioneered children's television in the German-speaking markets with regular TV productions of their performances. Many TV-networks picked up the series after the 21 January 1953 debut production "Peter and the Wolf", shot in NWDR's studios in Hamburg, and TV shows were produced until 2006, when the show closed down at the ripe age of 53.

Mikesh starred in an episode of the Augsburger Puppenkiste filmed in black and white in 1964. The episode became very popular - it is considered one of the series classics - and it was remade in colour as a 4-episode mini-series in 1985.

The Orange Lionesses - The Dutch Women's Footbal National Team - won the final of the European Football Championships for women. To honour the team, Post.nl issued a silver stamp on 8 August 2017 denominated for registered letters. The stamp is sold in a presentation pack priced at EUR 25.00 (franking value EUR 8.40). Only 2 300 presentation packs have been produced.

On 11 August 2017, Kazakhstan issued this year's Miniature Sheet for Chinese New Year. As has been the case in latter years, this is marked with a single stamp MS, this year with a KZT 300 stamp. The stamp shows a couple of adorable chickens for the Year of the Rooster, but on the selvedge you will also find the other signs of the lunar zodiac. In Kazakhstan the Snow Leopard replaces the traditional Tiger sign, and it can be found at the five o'clock position in the zodiac circle on the selvedge.

A commemorative postmark showing a Lion Rampant will be in use in Westminster, London on 27 July 2017.

The postmark can be acquired by sending addressed postcards or letters to:

The outer envelope should be marked "Special Handstamp no. 14186", and must be postmarked no later than 27 July 2017.

Monaco will issue a miniature sheet on 13 July 2017 to mark the exhibition, "The Forbidden City in Monaco: Imperial Court Life in China." The Guardian Lions (Shishi) are on the single stamp and on the selvedge.

In a surprise announcement 21 June 2017, the USPS announced a set of stamps dedicated to Disney villains to be issued allready on 15 July 2017. One of the stamps shows Scar from The Lion King.

The set consists of 10 different self-adhesive stamps denominated 'Forever' (inland letter rate - USD 0.49 on issue), and they are sold in sheetlets of 20 (two of each stamp).

We have not seen the FDI postmarks or any other products for this issue yet.

USPS will dedicate the stamps July 15 during D23 Expo, a Disney fan event, in Anaheim, CA. The stamps will be available at Post Offices and USPS Stamp Fullfillment Service.

Visit of Prince Albert to Duras

The Norshaft Lions Club in Vermont celebrates the Lions International Centenary with two commemorative postmarks in June and July.

The first one is used in Shaftsbury, VT on 30 June 2017. This postmark is available until 30 July 2017, by sending envelopes or postcards franked with US postage to:

The second will be used in North Bennington, VT on 5 July 2017. This one is available until 4 August 2017, by sending envelopes or postcards franked with US postage to: